THE RETURN OF THE TOUGH COMMUTER

The Assault is in a class of its own when it comes to styling. A commuter wrapped up in rugged, supermoto looks. 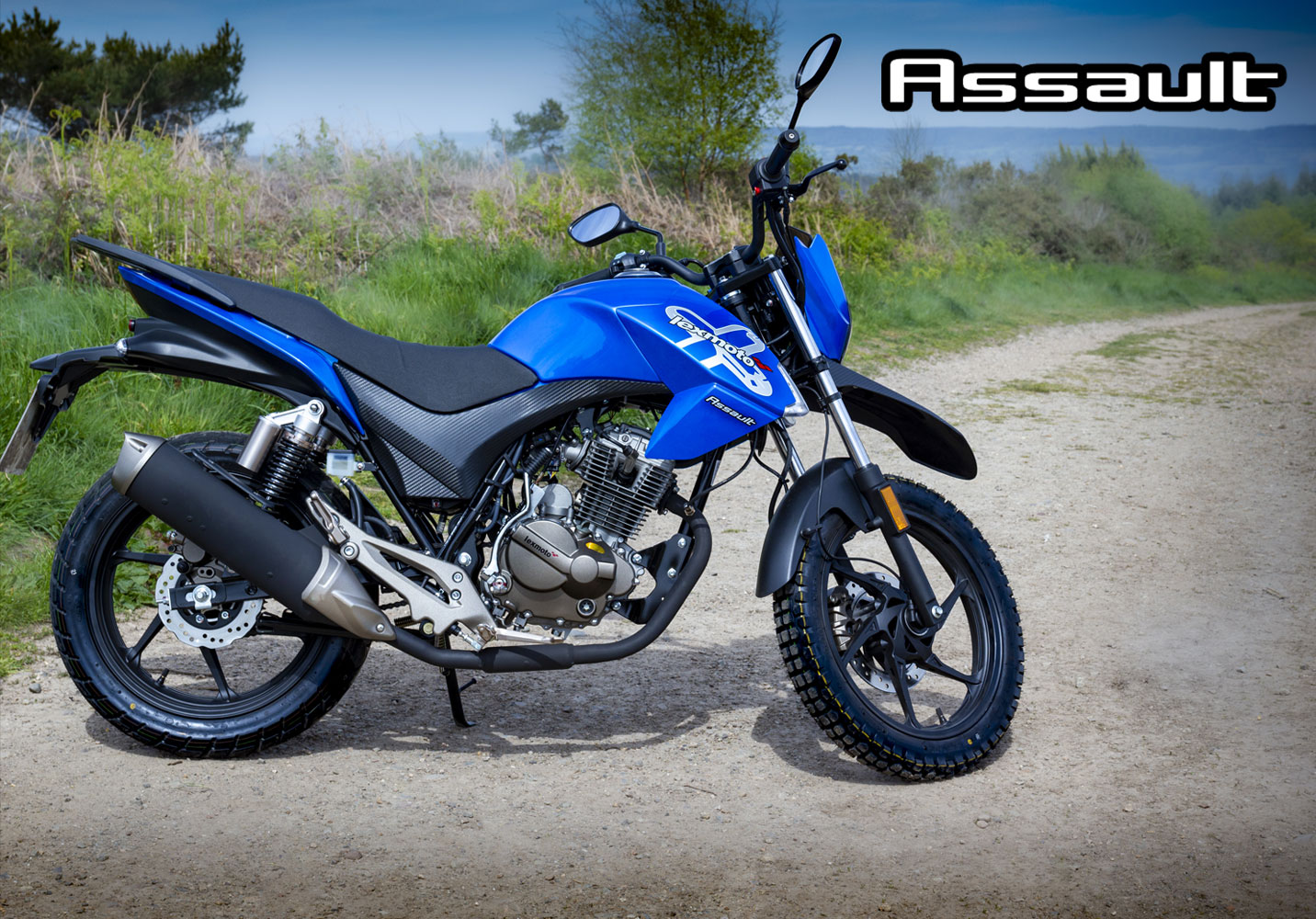 The Assault has returned to the ranks of Lexmoto in a more modern, more efficient and safer form.

Considered a commuter bike able to take on the toughest of conditions, the Assault sports off-road type tyres and a supersized front mudguard. The frame is welded by robots, creating a solid, precision base. A large 15L fuel tank gives an impressive MPG of 118 miles. The new Euro 4 engine provides 10.7 BHP delivering power more smoothly thanks to the new central balance shaft. The improved combined braking system makes for extra rider control on the stops. More new extras include an improved, digital display, piggyback rear shocks and a twin outlet exhaust.

We have placed cookies on your browsing device to enable this website to function correctly.
Further usage of this website indicates you are happy for us to do this..
Find out about the cookies we have set and how we use them.

Reasons to buy from WhateverWheels